How does Living in Portland and Eugene Compare?

Before buying or building a home, it is advisable to figure out the cost of living in your area. This may require the input of a seasoned Eugene home builder, especially if you plan to settle in this area. If you are open to other areas, you may want to know your options and compare them with other places. Comparing living standards in two potential locations, for example, Eugene and Portland can help you make the right choice of where you want to live. Analyze the cost of living for these two areas before making your conclusions.

A cost of living analysis draws a comparison between living essentials in an area. One of the significant markers of cost of living comparisons is rental housing. Most people in cities and towns do not necessarily own homes but rent them monthly. Therefore, it matters how affordable these rental houses are. For instance, rental apartments appear to be more expensive in Portland than in Eugene.

Besides the scenario where monthly rented apartments are common for most areas, some people still prefer buying apartments. It is therefore essential to consider how these compare in both areas. Apartments for sale in Portland are more expensive than those in Eugene, regardless of whether they are within or out of the city center. The price of such apartments will depend on square acreage, but generally, they are more expensive in Portland, OR.

Going by the two house comparisons, it is evident that any home addition project will also cost more in Portland. Always work with a competent expert like Schar Construction to know what works best for you, especially when considering custom home additions. While it is always a good idea to buy a home, prices can be limiting. This should not discourage you from starting your homeownership journey.

Sometimes people fail to get good houses that match their needs. However, you can always buy one that fits your budget and consider the additions to create the dream home you have always wanted. This is where competent home addition experts come in.

While housing is a big deal as far as comparing living costs, it is essential to consider other factors that affect your livelihood. Transport is one such element. It matters how expensive it is to move from one section to the next. As transport is inevitable, you need to make sure it is something you can afford, especially if you have long commutes for work and other reasons. Portland appears to be more expensive than Eugene for all modes of transport, including new cars, taxis, monthly passes, local transport, and gasoline prices.

Besides rent, food, and transport, you also want to know how much you will have to pay for utilities between the two regions. Portland still has a higher cost in utilities except for local prepaid mobile tariffs, where the two regions compare similarly. Internet and electricity costs are higher in Portland than they are in Eugene.

Generally, Portland, OR, is pricier than Eugene, OR. Having this in mind is a good way to know what to expect. Whenever you need a great Eugene home builder, get in touch with Schar Construction. Call them at (541) 255-1624, or drop an email at andrewhill@scharconstruction.com. 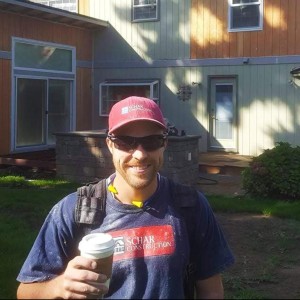 Andrew Hill, the owner of Schar Construction, has been in the construction industry for over a decade, with several years in real estate as well. He graduated from Corban University with a B.S. in Business Management.

This Is How Home Construction Loans Work

Will Home Construction Costs Go Down in 2023?

Over the last two years, the United States and the rest of the world have experienced economic challenges. While businesses are opening back up and people can walk freely without masks, the social and financial impacts of the pandemic remain relevant, especially in the construction industry. As such, we are continuing to see increasing home

Who Are The Best Home Builders in Eugene, Oregon? (Reviews/Ratings)

Each year, we at Schar Construction meet with well over 100 families across Lane County as they seek out the perfect contractor for their custom home construction or remodel. And because we have been one of the most trusted home builders in Eugene since 1975 and regularly publish informational articles on our website, many often